How The West Stole Democracy From The Arabs 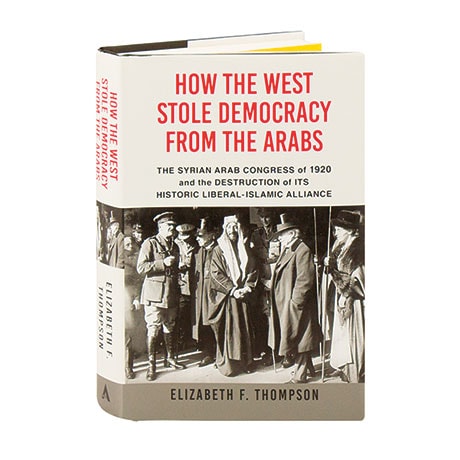 How The West Stole Democracy From The Arabs

When Europe's Great War engulfed the Ottoman Empire, Arab nationalists rose in revolt against their Turkish rulers and allied with the British on the promise of an independent Arab state. In October 1918, the Arabs' military leader, Prince Faisal, victoriously entered Damascus and proclaimed a constitutional government in an independent Greater Syria—the world's first Arab democracy. When a colonialist France nonetheless invaded and crushed the Syrian state in 1920, the fragile coalition of secular modernizers and Islamic reformers that had established democracy was destroyed, and as Elizabeth Thompson explains here, these events had profound consequences that still reverberate in a deeply conflicted Middle East.

"This expertly researched account brings to life a meaningful but underexplored chapter in world history."—Publishers Weekly