The Buried: An Archaeology of the Egyptian Revolution 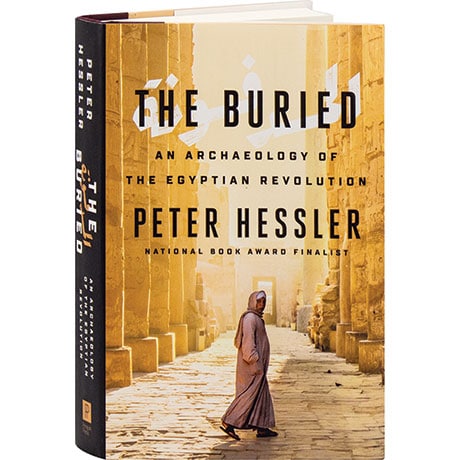 The Buried: An Archaeology of the Egyptian Revolution

Drawn by a fascination with Egypt's rich history and culture, Peter Hessler moved with his wife and twin daughters to Cairo in 2011. But not long before he arrived, the Egyptian Arab Spring had begun, and now the country was in chaos. Nonetheless, Hessler often traveled to archaeological digs, where locals live beside the tombs of ancient kings. Offering a colorful insider's account of an enigmatic place, Hessler introduces his Arabic instructor, a cynical political sophisticate; his translator, a gay man struggling in Egypt's homophobic culture; the neighborhood garbage collector, an illiterate but highly perceptive man named Sayyid; and a family of Chinese small-business owners in the lingerie trade.