A Dangerous Man: An Elvis Cole and Joe Pike Novel 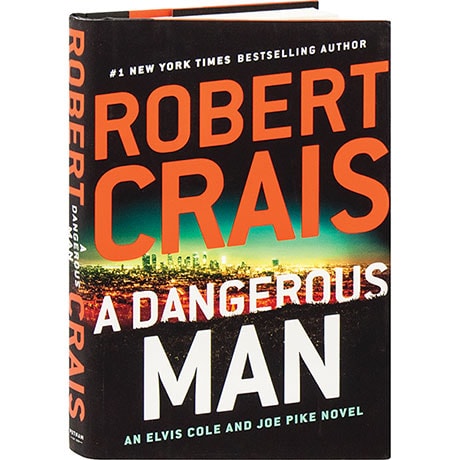 A Dangerous Man: An Elvis Cole and Joe Pike Novel

Joe Pike didn't expect to rescue a woman that day. He went to the bank same as always, and a lonely young teller named Isabel Roland helped him at the counter. He saw her again when she stepped outside for lunch, and then two men abducted her. Joe chases them down, and the men are arrested—but this is only the start of trouble for Joe and Izzy. The action never lets up in this 18th thriller in the series, earning it starred reviews from Booklist, Publishers Weekly, and Kirkus Reviews. After the kidnappers end up dead, Izzy disappears, and Joe calls on his PI pal Elvis Cole, who uncovers a twisted family story involving corporate whistleblowing, piles of cash, and witness relocation. So how much of that did Izzy know about? And how far is Joe willing to go to find out? "[Robert] Crais is a whip-smart writer. Cole and Pike are carefully drawn, multilayered characters who've grown more complex through the years. This is one of the very best entries in a long-running and still first-rate series."—Booklist (starred review)

"Outstanding…. Crais begins the story with deceptive simplicity but slowly ratchets up both the tension and the action with surgical precision."—Publishers Weekly (starred review)