The Strange Case Of Dr. Couney: How a Mysterious European Showman Saved Thousands of American Babies 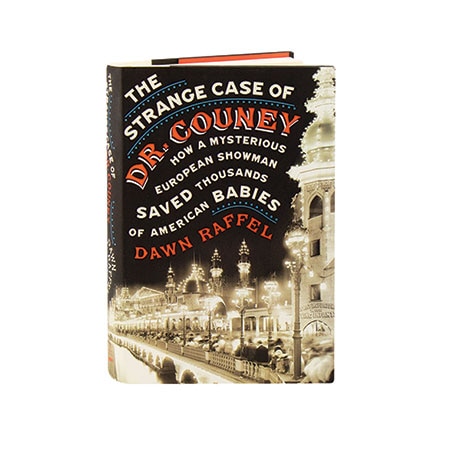 The Strange Case Of Dr. Couney: How a Mysterious European Showman Saved Thousands of American Babies

Among the strangest attractions at early-20th-century Coney Island was the Infantorium, where visitors could pay a quarter to view premature babies, known then as "weaklings." As Dawn Raffel recounts, Dr. Martin Couney used incubators and careful nursing to keep previously doomed infants alive, while displaying these babies alongside sword swallowers, bearded ladies, and burlesque shows at venues across the nation. A man with a secret, this Polish émigré became an unlikely savior, and Raffel explains how Couney opposed the medical establishment and fought the rising popularity of eugenics to prove that all lives are worth saving.

"Fascinating, mysterious and compelling…. Written with great style and the energy of a can't-put-down thriller."—Chicago Tribune