Defiant: The Untold Story of the Battle of Britain 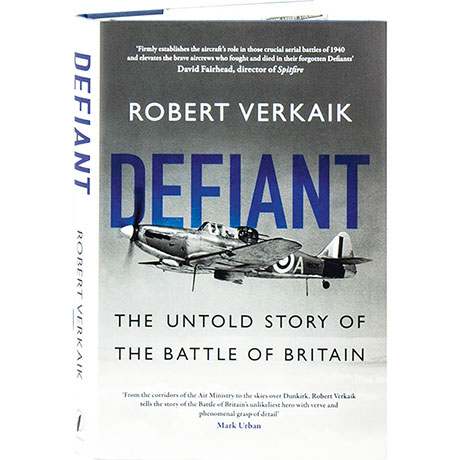 Defiant: The Untold Story of the Battle of Britain

In 1940, when Britain was preparing to defend itself against the threatened Nazi invasion, the nation put its faith in three frontline fighter planes. Much has been written of the R.A.F. pilots who took off in their Spitfires and Hurricanes against the larger Luftwaffe, but what of the third British fighter, the Boulton Paul Defiant? Very little has been written about this plane and its crews; instead, history has treated the aircraft as a military design failure. But as Paul Verkaik suggests here, this official version of the Battle of Britain underplays the heroism of the airmen who flew the Boulton Paul Defiant, and here he provides a revisionist account that also reveals how these planes were a victim of political in-fighting and mismanagement.