The Wars Of The Roosevelts: The Ruthless Rise of America's Greatest Political Family 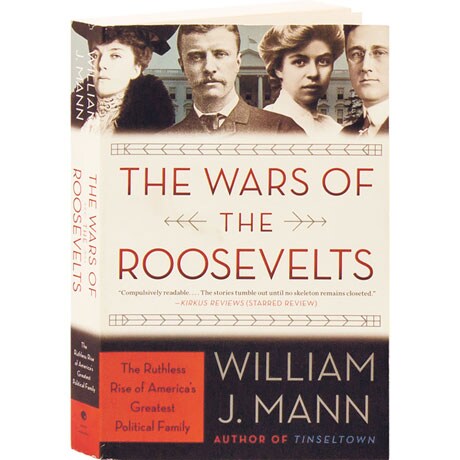 The Wars Of The Roosevelts: The Ruthless Rise of America's Greatest Political Family

Though the Roosevelts aggressively dominated American politics in the first half of the 20th century, their ruthlessness could be as easily directed against the family itself, argues William Mann in this follow-up to his Edgar Award winner Tinseltown. He suggests that despite the unified front the Roosevelts projected, Eleanor never forgave her Uncle Teddy for his mistreatment of her father, and Mann further explores the First Lady's intense friendships with men and women. Here too are accounts of Teddy's children Alice, Ted, and Kermit, and of Eleanor's illegitimate half-brother Elliott Roosevelt Mann, whose modest success and happy marriage set him apart from his clan.