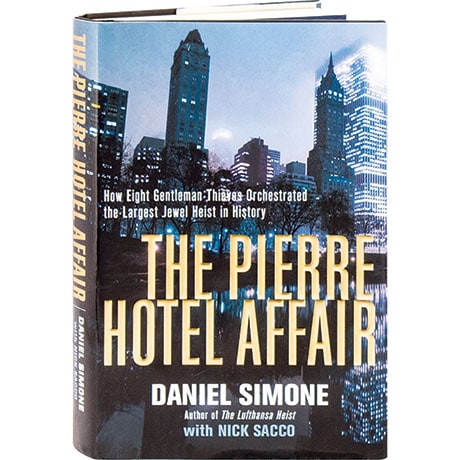 In 1970s Manhattan, Bobby Comfort and Sammy "the Arab" Nalo were highly skilled jewel thieves who specialized in robbing luxury hotels. With the blessing of the Lucchese Crime Family, they targeted the posh Pierre Hotel—attired in tuxedoes and driven in a limousine—and so their band of thieves arrived at the Pierre, nabbed $28 million, and took hostages. But as Daniel Simone recounts in this fast-paced true thriller, then matters began to deteriorate. Comfort and Nalo are the prime suspects, but even after they are caught red-handed, the Lucchese Family still has one more trick up its sleeve to get them off the hook.