Treachery At Lancaster Gate: A Charlotte and Thomas Pitt Novel 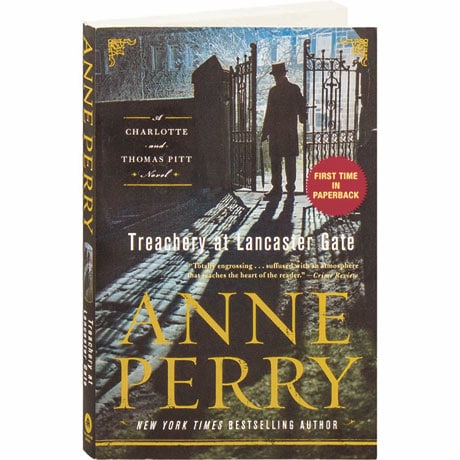 Treachery At Lancaster Gate: A Charlotte and Thomas Pitt Novel

It is the fin de siècle, a time of social and political change on the eve of the 20th century—though not everyone in England is ready to relinquish their hide-bound privileges or prejudices. When a bomb blast kills two policemen and injures three more, Londoners assume that anarchists are behind it, but Thomas Pitt, commander of the city's Special Branch, suspects a more personal motive. And as his inquiries lead him to a Member of Parliament making business deals, a high-ranking police officer with secrets to keep, and a vengeful opium-addicted aristocrat, Pitt finds himself impeded at every turn by the barriers that protect the rich and powerful. No one else evokes the atmosphere of gas-lit London quite like Edgar Award winner Anne Perry, creator of both the Charlotte and Thomas Pitt series and the William and Hester Monk series of Victorian-era detective fiction.