Taking On Theodore Roosevelt: How One Senator Defied the President on Brownsville and Shook American Politics 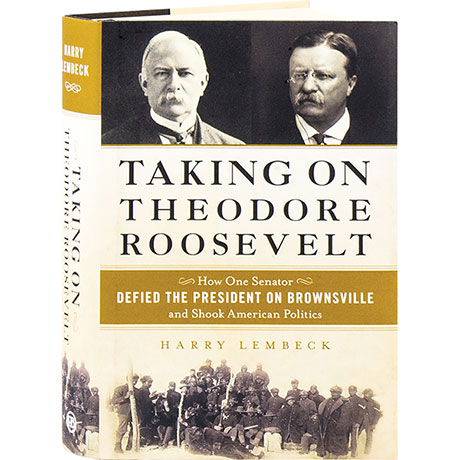 Taking On Theodore Roosevelt: How One Senator Defied the President on Brownsville and Shook American Politics

In August 1906, black soldiers stationed in Brownsville, Texas, were accused of going on a rampage in which shots were fired, one man was killed, and another wounded. Because the perpetrators could never be positively identified, President Theodore Roosevelt took the highly unusual step of discharging without honor all 167 members of the black battalion on duty the night of the shooting. Outraged, Republican Senator Joseph Foraker opposed the president, engaging him in a very public debate over discrimination and civil rights. Using primary sources to reconstruct the events, attorney Harry Lembeck looks back on a confrontation which tarnished Roosevelt's reputation, and alienated black voters from the party for generations.