Blood On The Water: A William Monk Novel 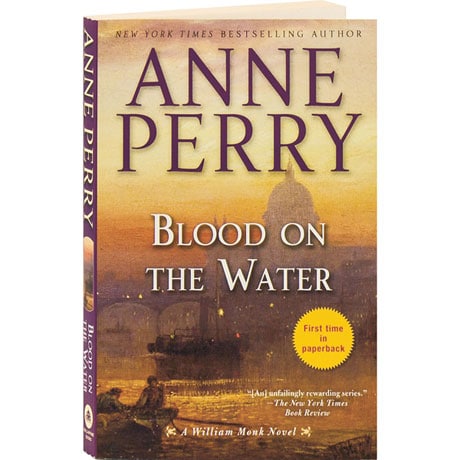 Blood On The Water: A William Monk Novel

For William Monk, head of the Thames River Police, his 20th episode (following Blind Justice) begins with the explosion of the pleasure boat Princess Mary before his eyes, sending some 200 merrymakers to their deaths. But the tragedy is no accident, and the case is handed over to the Commissioner of the Metropolitan Police, who hastily arrests an Egyptian. Is the crime connected to the coming opening of the Suez Canal, or did all of those innocents have to drown to ensure the death of just one? Even with the assistance of his astute wife Hester and Judge Oliver Rathbone, Monk sees his investigation shunted by powerful shipping magnates—and then finds that he is the next target. No one else evokes the atmosphere of gas-lit London quite like Edgar Award winner Anne Perry, creator of both the Charlotte and Thomas Pitt series and the William and Hester Monk series of Victorian-era detective fiction.