Corridors Of The Night: A William Monk Novel 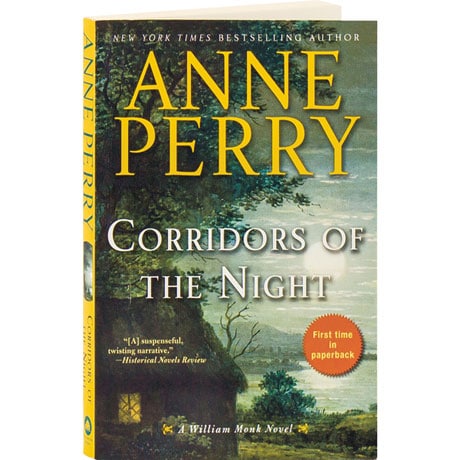 Corridors Of The Night: A William Monk Novel

No one else evokes the atmosphere of gas-lit London quite like Edgar Award winner Anne Perry, creator of both the Charlotte and Thomas Pitt series and the William and Hester Monk series of Victorian-era detective fiction.

The monomaniacal Rand brothers—doctor Magnus and chemist Hamilton—ruthlessly pursue a cure for the fatal "white-blood disease," in this 21st case for Thames River Police commander William Monk and his wife Hester, a nurse in London's Royal Naval Hospital annex. Tending to the Rands' dying patients, Hester stumbles upon three weak, terrified young children, and learns to her horror that they were purchased and imprisoned by the brothers for experimentation. But the Rands are too close to a miracle cure to allow any impediment, and soon Hester herself is a prisoner. As Monk and his friends Oliver Rathbone and Squeaky Robinson scour the London streets, Hester's time, as well as the children's, is quickly draining away.