I Wish I'd Been There: Twenty Historians Bring to Life Dramatic Events That Changed America 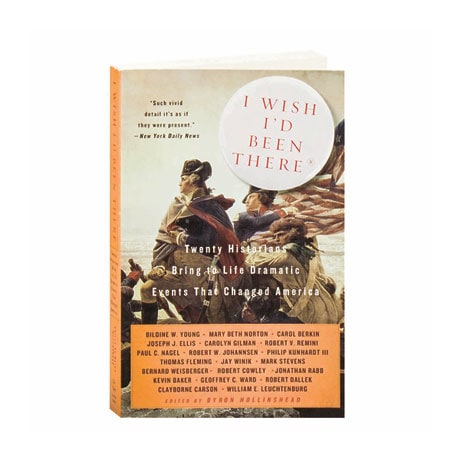 I Wish I'd Been There: Twenty Historians Bring to Life Dramatic Events That Changed America

Giving us front-row seats for some of American history's most dramatic moments, historians like Mary Beth Norton, Joseph Ellis, Geoffrey Ward, Robert Dallek, Robert Cowley, and Carolyn Gilman here respond to Byron Hollinshead's question, "What scene or incident in American history would you most like to have witnessed—and why?" Whether reflective or passionate, their visions of such episodes as the Salem witch trials, the raid on Harper's Ferry, the assassination of Abraham Lincoln, the Scopes Monkey Trail, the voting rights march on Selma, and the beginnings of the Vietnam War often ring with the excitement that inspired them to become historians in the first place.