When Britain Saved The West: The Story of 1940 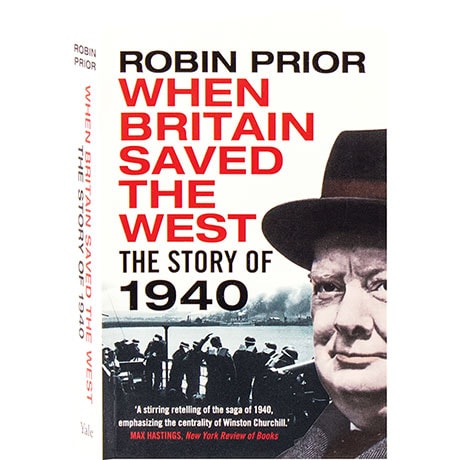 When Britain Saved The West: The Story of 1940

From the comfortable distance of eight decades, it is quite easy to view the victory of the Allies over Hitler's Germany as inevitable, but in 1940, Great Britain's defeat loomed perilously close, and no other nation stepped up to confront the Nazi threat. Offering a new assessment, Robin Prior delves into the documents of the time—war diaries, combat reports, Home Security's daily files—to uncover how Britain endured a year of menacing crises. Prior examines Neville Chamberlain's government, Churchill's opponents, the collapse of France, the Battle of Britain, and the Blitz, but also looks critically at the position of the United States before Pearl Harbor, and at Franklin Roosevelt's response to the crisis.