The Murder Of Mary Russell: A Novel of Suspense Featuring Mary Russell and Sherlock Holmes 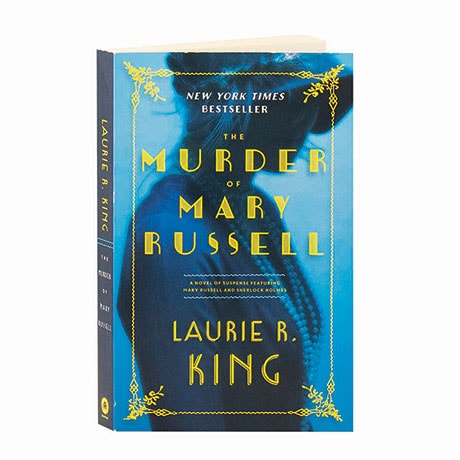 The Murder Of Mary Russell: A Novel of Suspense Featuring Mary Russell and Sherlock Holmes

Mary Russell is used to dark secrets—her own, and those of her famous partner and husband Sherlock Holmes. But in this 14th book in the series by Edgar, Nero, Macavity, and CWA Dagger Award winner Laurie King (after Dreaming Spies), their household is rocked by much bigger secrets, after a man shows up at the door claiming to be the son of their longtime housekeeper Mrs. Hudson. He is also armed, and after the gun goes off and a pool of blood appears on the floor, the grim clues point directly to Clara Hudson—or rather to Clarissa, the woman she was before Baker Street. To uncover the truth, a frantic Sherlock Holmes must put aside his anguish and delve into his housekeeper's very disturbing past.