Inseparable: The Original Siamese Twins and Their Rendezvous with American History 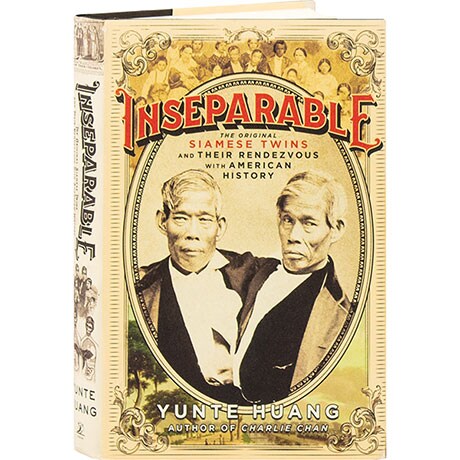 Inseparable: The Original Siamese Twins and Their Rendezvous with American History

In 1824, a British merchant "discovered" Chang and Eng Bunker (1811-74), twins conjoined at the sternum by a band of cartilage and a fused liver, beginning an unlikely odyssey for the brothers. Yunte Huang depicts the twins, arriving in Boston in 1829, first as museum exhibits but later as financially savvy showmen who gained their freedom and traveled the backroads of rural America to shock and entertain the Jacksonian mobs. Bringing an Asian American perspective to this almost implausible story, this National Book Critics Circle Award Finalist chronicles their rise from freak-show celebrities to rich southern gentry; their marriage to two white sisters, resulting in 21 children; and their owning of slaves.