The Only Game In Town: Sportswriting from The New Yorker 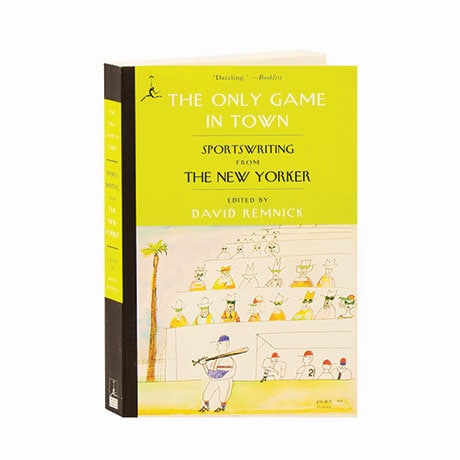 The Only Game In Town: Sportswriting from The New Yorker

For more than 80 years, The New Yorker has been home to some of the toughest, wisest, funniest, and most moving sportswriting around. The Only Game in Town is a classic collection from a magazine with a deep bench, including such authors as Roger Angell, John Updike, Don DeLillo, and John McPhee. Hall of Famer Ring Lardner is here, bemoaning the lowering of standards for baseball achievement—in 1930. John Cheever pens a story about a boy's troubled relationship with his father and the national pastime. From Lance Armstrong to bullfighter Sidney Franklin, from the Chinese Olympics to the U.S. Open, the greatest plays and players, past and present, are all covered here.