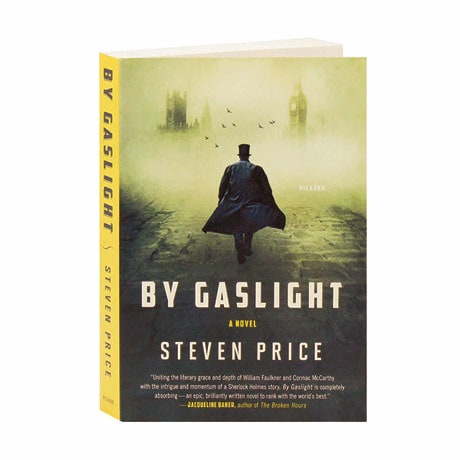 The son of the most notorious detective of all time, William Pinkerton is already famous when he descends into the underworld of Victorian London in pursuit of a new lead on the fabled con Edward Shade. William's father died without ever finding Shade, but William is determined to drag the thief out of the shadows. When Adam Foole receives a letter from his lost beloved, he returns to London to find her, but when he learns of her connection to the man known as Shade, it will force him to confront a grief he thought long-buried. A hunt through sewers, opium dens, and séance halls ensues, creating the most unlikely of bonds: between Pinkerton, the great detective, and Foole, the one man who may hold the key to finding Edward Shade.

"Steven Price has done a daring thing: taken a long look at a complex, utterly fascinating 19th-century crime. Price's gift for unraveling a terrific yarn shines through. Give this book a try." - Caleb Carr