Hannibal's Oath: The Life and Wars of Rome's Greatest Enemy 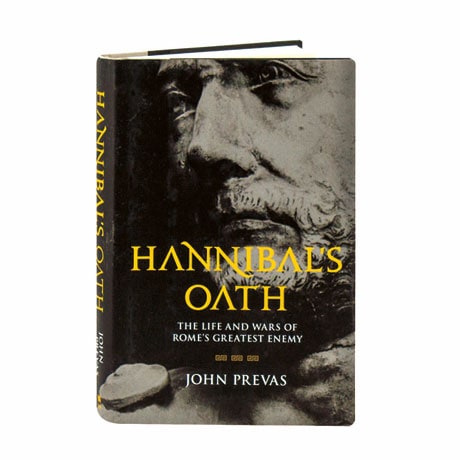 Hannibal's Oath: The Life and Wars of Rome's Greatest Enemy

Few images in history have managed to capture the popular imagination quite like that of the fearless North African general Hannibal, perched on an elephant, leading his mercenaries over the Alps, and then, against all odds, descending the ice-covered peaks to challenge Rome in her own backyard for mastery of the ancient world. This bold move established Hannibal as one of history's greatest commanders, but this same brilliant tactician is also a tragic figure; fate condemned him to win his battles but not his war against Rome. From Tunisia to Italy, and from Spain to Turkey, John Prevas has visited every Hannibal-related site, and here he vividly brings to life this warrior from more than two millennia ago.