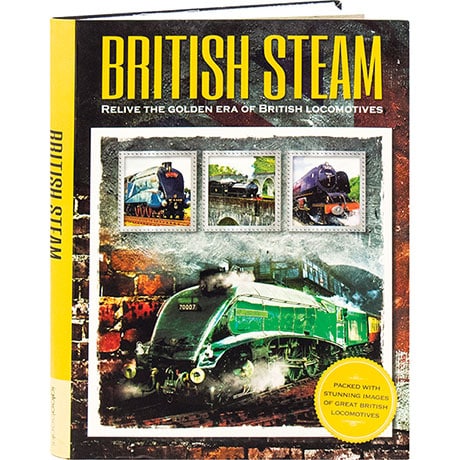 When locomotives first appeared in the English countryside some two centuries ago, they were considered ugly and disruptive; now they possess a nostalgic appeal all their own, and this book is a worthy tribute to them. Dozens of vintage photographs and examples of period art appear throughout, and the text traces how the British greatly improved and refined rail travel. Among the figures profiled are "the Father of British Railways" George Stephenson, and Richard Beeching—a physicist whose drastic reduction of rail lines may have actually saved the system—while the classic trains under discussion include the Puffing Billy, the Tornado, and the Flying Scotsman.