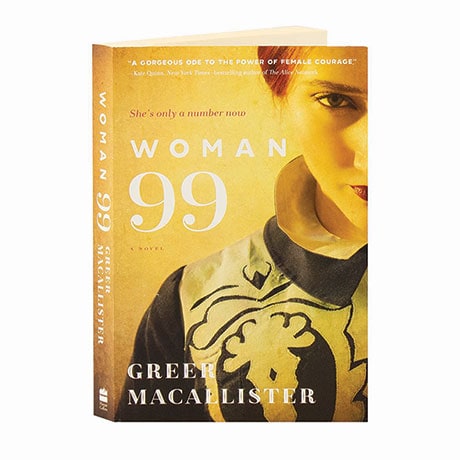 When Charlotte Smith's wealthy parents commit her beloved sister Phoebe to the infamous Goldengrove Asylum, Charlotte knows there's more to the story than madness. She commits herself to the same place, surrendering her real identity as a privileged young lady of San Francisco society to become a nameless inmate, Woman 99. The longer Charlotte stays, the more she realizes that many of the women of Goldengrove Asylum aren't insane, merely inconvenient—and her search for the truth threatens to dig up secrets that some very powerful people would do anything to keep.

"Macallister sensitively and adroitly portrays mental illness in an era when it was just beginning to be understood, while weaving a riveting tale of loyalty, love, and sacrifice."—Publishers Weekly