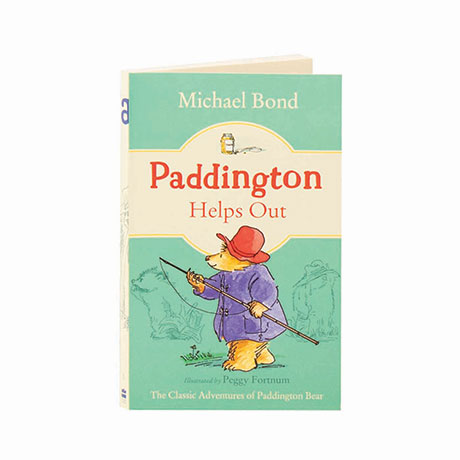 In his third book of Paddington stories, from 1960, the mishap-prone yet ever helpful bear has a day on the river with the Brown family, accompanies Mr. Gruber to an auction, and makes a scene of his own in a movie theater. He also attempts to prepare dinner for Mr. and Mrs. Brown—resulting in a surprise flambé—and takes a saw to Mr. Curry's dining table. Michael Bond's furry refugee in duffle coat and hat has charmed his way into the hearts of children in Britain and around the world—particularly in his original chapter books for readers and listeners up to 11 and fans of all ages.