Without Precedent: Chief Justice John Marshall and His Times 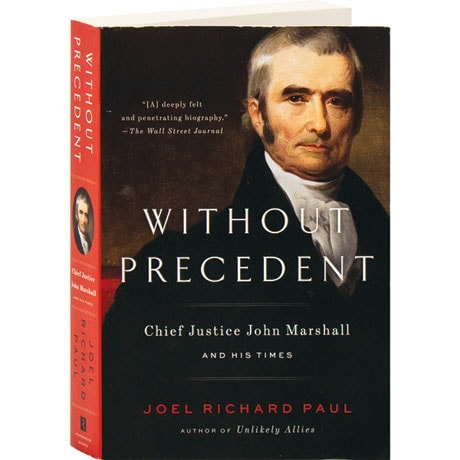 Without Precedent: Chief Justice John Marshall and His Times

No member of America's Founding Generation had a greater impact on the Constitution and the Supreme Court than John Marshall, argues Joel Richard Paul, and no one did more to preserve the delicate unity of the fledgling United States. From the nation's founding in 1776 and for the next 40 years, Marshall was at the center of every political battle, a leading Federalist and a foil to his cousin, Thomas Jefferson. Paul tells the astonishing true story of how a rough-cut frontiersman with little formal education reinvented himself as one of the nation's preeminent lawyers and politicians, ultimately becoming the longest serving Chief Justice of the Supreme Court.