Essays One: Reading and Writing 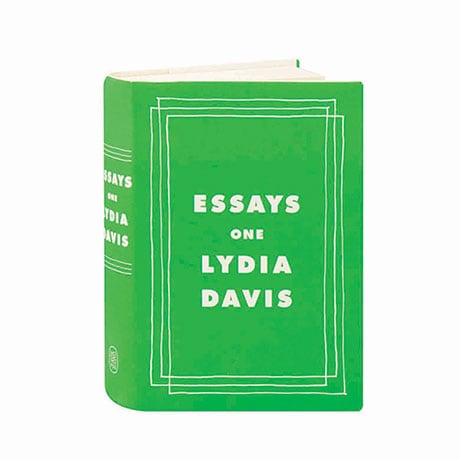 Essays One: Reading and Writing

Best known for her masterful short stories and translations, Lydia Davis's gifts extend equally to her nonfiction. In this first of two volumes, the 2014 Man Booker Prize winner gathers a selection of essays, commentaries, and lectures composed over the past five decades. Here are insightful commentaries on other writers, including Thomas Pynchon, Rae Armantrout, Lucia Berlin, Gustave Flaubert, and John Ashbery's translation of Rimbaud, plus reflections on artists Joseph Cornell and Joan Mitchell. Other highlights include the essays "Meeting Abraham Lincoln," "A Reading of the Shepherd's Psalm," and "Revising One Sentence," plus an unconventional look at Dutch tourists' photographs from the early 20th century.