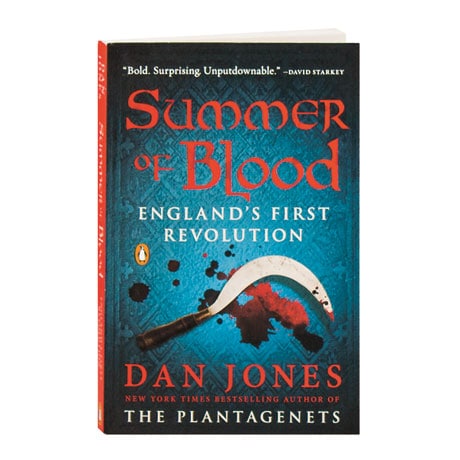 Ravaged by poverty and oppressed by taxes, the people of England revolted in the summer of 1381 and marched on London. Their ragtag army, led by the enigmatic Wat Tyler and visionary preacher John Ball, threatened to overthrow the 14-year-old Richard II and his government, while lords and knights fought a desperate battle to save their lands and the crown. Named a Best Book of the Year by the Independent, this 2009 debut from the author of The Plantagenets and Magna Carta brings the incendiary moment to life. Dan Jones captures both the idealism and brutality of that fateful clash in a history that is "hot, brave and reeking with gore" (Times, London).