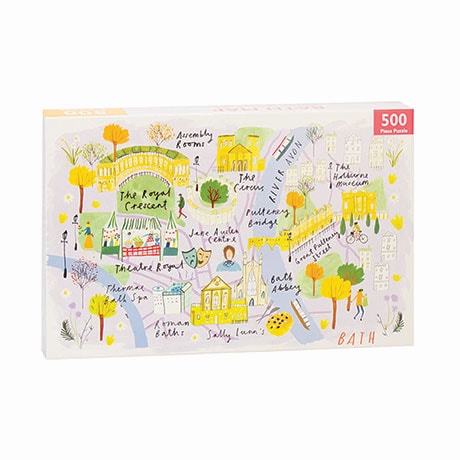 Take a wander around some grand old British cities with these jigsaw puzzles from London illustrator Clair Rossiter. Her hand-lettered visual maps of ancient roads and watercolored landmarks evoke the historical character and charm of these storied places. Each jigsaw contains 500 one-inch pieces and measures 75 × 50 cm—about 29½ × 19¾ inches—when finished.

Tour the Roman baths that gave this celebrated city its name, then stroll along the River Avon toward the Circus or the Jane Austen Centre, or take in a show at the Theatre Royal.