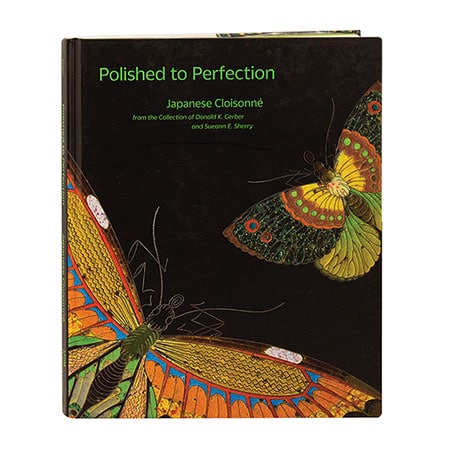 Though cloisonné (partitioning) dates back to the early Byzantine Empire, in the 19th century the Japanese perfected the technique—a painstaking process that involves applying colored enamel between hair-thin metal outlines, followed by repeated firing and polishing, resulting in breathtaking works of art. Highlighting the Gerber/Sherry collection at the Los Angeles County Museum of Art, the illustrations here include dazzling vases and other household items, while the text focuses particularly on the work of Namikawa Yasuyuki.