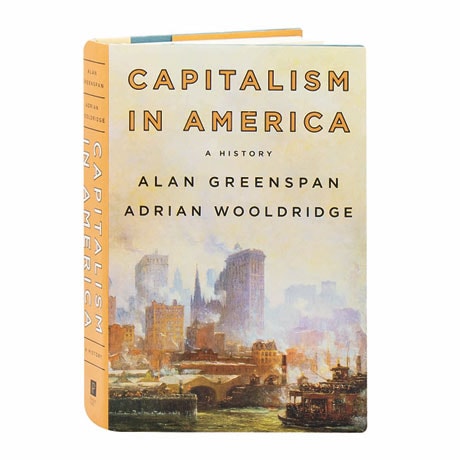 America's genius has been its unique tolerance for the effects of creative destruction, driven by new people and new ideas. Former Federal Reserve Chairman Alan Greenspan and Economist's Adrian Wooldridge approach the nation's financial history as an epic tale of titanic figures, triumphant breakthroughs, and enlightenment ideals, as well as terrible moral failings. Here are thought-provoking discussions of the role of slavery in the antebellum Southern economy, the real impact of FDR's New Deal, and America's violent mood swings in its openness to global trade and its impact. Just as importantly, this book offers a look at how ordinary Americans have driven this country to unprecedented heights of power and prosperity.

"A compelling and well-documented single-volume history. It reminds us of how the U.S. has beaten the world in the past 150 years and why it might still be unwise to bet against it now."—The Times (London)