Between Two Kings: Book Five of the Musketeers Cycle, Being the First Part of Le Vicomte de Bragelonne 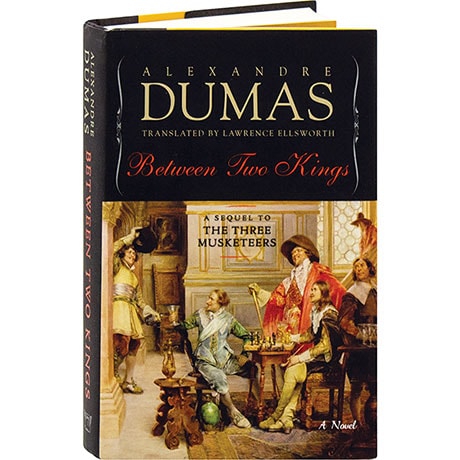 Between Two Kings: Book Five of the Musketeers Cycle, Being the First Part of Le Vicomte de Bragelonne

Though Athos, Porthos, and Aramis featured prominently in the sequels Twenty Years After and Blood Royal, d'Artagnan returns to the forefront here, aiding the exiled Charles II to regain the English throne. Previously published as the opening segment of Le Vicomte de Bragelonne from the multivolume epic Ten Years Later, it is now the fifth volume of the Musketeers cycle. Lawrence Ellsworth's new translation gives us the real excitement of Dumas's swashbuckling epic, abandoning the stodgy Victorian English of past versions to restore the author's dynamic style, sharp dialogue, and bawdy humor.

"Ellsworth is responsible for one of the biggest literary projects happening right now in the English language … translating the entirety of Alexandre Dumas's stories of the Three Musketeers, all 1.5 million words of it…. In Ellsworth's hands, these stories of swashbuckling and all-for-one-and-one-for-all friendship feel new again."—Brooklyn Rail