The Churchills: In Love and War 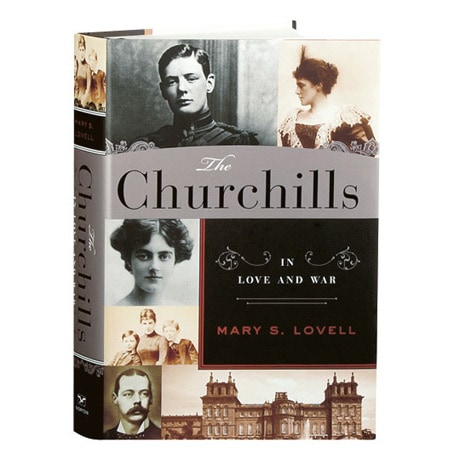 The Churchills: In Love and War

The biographer of Beryl Markham and the Mitford sisters here presents the epic story of one of England's greatest families, focusing on the towering figure of Winston Churchill. The first Duke of Marlborough (1650–1722) was a soldier of such genius that Blenheim palace was built to honor his triumphs, although succeeding generations of Churchills included profligates and womanizers. The upkeep of Blenheim also proved ruinous to the family economy—a situation reversed by the 19th century with the enormous dowries from the title-hungry families of New York society beauties Jennie Jerome (Winston's mother) and Consuelo Vanderbilt (wife to Winston's cousin). Mary Lovell portrays the triumphant political and military campaigns, the construction of great houses, the domestic tragedies, and the happy marriage of Winston to Clementine Hosier, contrasting with the disastrous unions of most of his family, which variously ended in venereal disease, papal annulment, clinical depression, and adultery.