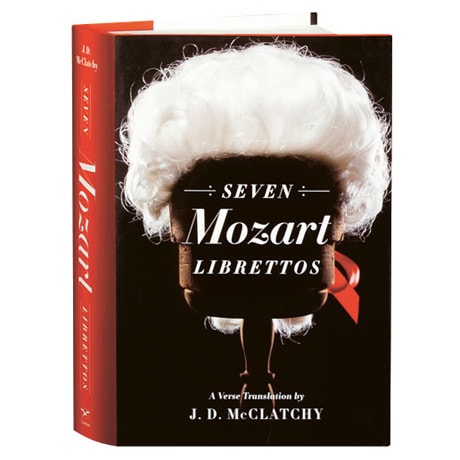 The editor of the Yale Review and president of the American Academy of Arts and Letters, as well as a finalist for the 2003 Pulitzer Prize for Poetry, J.D. McClatchy is also a librettist with more than a dozen operas to his credit. So it is entirely fitting that he should produce this landmark translation of W.A. Mozart's seven major librettos, with the original texts on the facing pages. Beginning this epic endeavor with his 2000 translation of The Magic Flute, first introduced at the Metropolitan Opera, McClatchy also presents translations of Idomeneo, The Abduction from the Seraglio, The Marriage of Figaro, Don Giovanni, Così Fan Tutte, and La Clemenza di Tito, bringing to life the exuberance and wordplay of the original Da Ponte, Schikaneder, Varesco, Mazzolà, and Stephanie librettos.

"As McClatchy explains, Mozart didn't write librettos, but he was 'the dramatist of his operas,' revising each libretto to best express the inner life of his characters and make the language musical. From Idomeneo, Mozart's 'first triumph in the opera house,' to The Magic Flute, and including the work of Lorenzo Da Ponte (the poetic librettist for The Marriage of Figaro, Don Giovanni, and Così Fan Tutte), with whom Mozart worked closely, McClatchy's translations are marvelously supple, lucid, and spirited. Not only does he break new ground by translating verse into verse, he is also attuned to the wit and profound loneliness and longing in Mozart, infusing each finely crafted line with emotion. Accompanied by scintillating and incisive commentary, each libretto is presented in both its original language and in English on facing pages."—Booklist