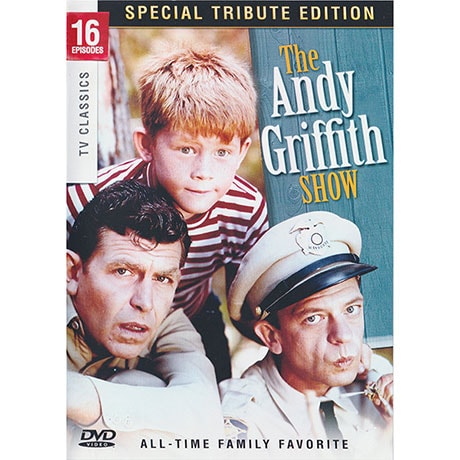 During the turbulent 1960s, one of the most consistently popular television programs took a backward glance at a simpler America, finding gentle laughs in its spoof of small-town life. Andy Griffith portrayed the sheriff of Mayberry, North Carolina, while Don Knotts was unforgettable as his bumbling deputy. Spanning the series, the 16 episodes collected here include "Aunt Bee's Medicine Man," "Andy's English Valet," "Barney's First Car," "High Noon in Mayberry," "The Loaded Goat," "Mountain Wedding," "Opie and the Spoiled Kid," "Rafe Hollister Sings," and "A Wife for Andy."