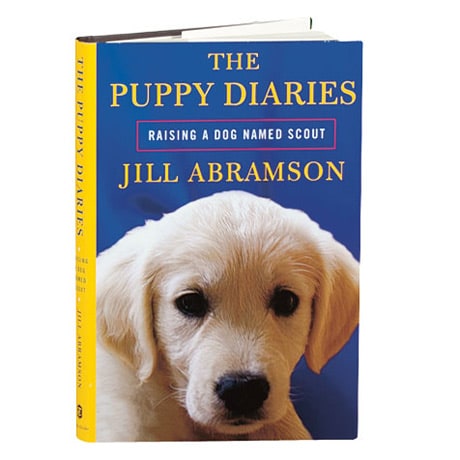 No one would accuse former New York Times executive editor Jill Abramson of being a writer of "fluff pieces." But after she brought home a nine-week-old golden retriever named Scout in 2009, Abramson started a hugely popular column about Scout's upbringing that quickly became the most visited photo album on the Times's website. Here she goes far beyond the material in her column to offer a detailed and personal account of Scout's first year. Part memoir, part manual, part investigative report, The Puppy Diaries weighs in on such issues as breeders or shelters, adoption or rescue, raw diet or vegan, pack-leader gurus like Cesar Millan or positive-reinforcement advocates like Karen Pryor.

"A golden retriever of a memoir. Unaffected, unironic, and lovingly goofy ... it should hit the wide, heart-shaped mark cultivated by dog fanciers everywhere."—NYTBR

"Jill Abramson had me at 'woof'.... Scout is a doll, all right, but Abramson lives up to her resume as one, um, dogged journalist.... [The book] shares so many fears, frustrations, misapprehensions and joys with child-rearing that you could drop a kid's name in some passages instead of 'Scout' and it would make perfect sense."—LATimes