An Artist in Treason: The Extraordinary Double Life of General James Wilkinson 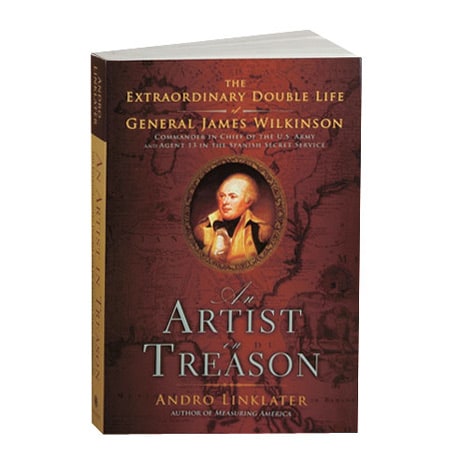 An Artist in Treason: The Extraordinary Double Life of General James Wilkinson

For almost two decades, through the War of 1812, James Wilkinson was the senior general in the United States Army. He was also a spy for the Spanish secret service—a position all the more remarkable because it was an open secret, circulated regularly in newspapers and pamphlets. In this "gripping biography" (Boston Globe) from the author of Measuring America, Wilkinson's saga illuminates just how fragile and vulnerable the young republic was.

"Anyone with a taste for charming, talented, complex, troubled, duplicitous and needy historical figures will savor this book. A Revolutionary War general at age 20, James Wilkinson (1757–1825), whom few now have heard of, knew everyone of consequence in the early nation, from Washington on down. But he squandered his gifts in repeated and apparently uncontrollable double-dealing, betrayals, conspiracies and dishonesty in the decades following the war. Wilkinson seemed to pop up everywhere, always trying to make a deal and feather his nest. To those ends, he would as soon turn on those whom he had pledged to help as be traitor to the army he served. The only man he remained true to was Jefferson, who in the end spurned him. No one trusted him, as no one should have. Linklater skillfully captures this sociopathic rogue who, for all his defects, still commands attention from everyone trying to understand the 50 years after 1775. His charisma reaches across two centuries to perplex and fascinate any reader of this fast-paced and fully researched work."—Publishers Weekly