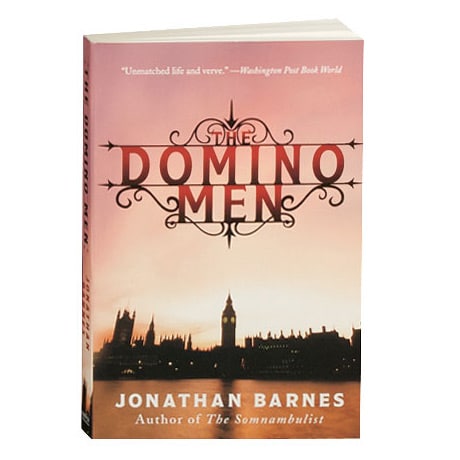 More than a century ago, Queen Victoria signed a Faustian bargain, giving London to an inhuman entity known as Leviathan, in this mystery by the author of The Somnambulist. In the present day, file clerk Henry Lamb has been recruited by a shadowy organization called the Directorate to take over the covert activities of his comatose grandfather. Now all Lamb has to do is defeat Leviathan, find "the girl," and oppose the serial killer schoolboys known as the Domino Men.

"A comic extravaganza, deftly plotted, fiendishly clever, and wonderfully funny. Jonathan Barnes combines a love of Victorian absurdity worthy of Edward Gorey with the surrealistic invention of a London-obsessed García Márquez. This parody penny-dreadful is one of the classiest entertainments I've read in a long, long time."—Christopher Bram