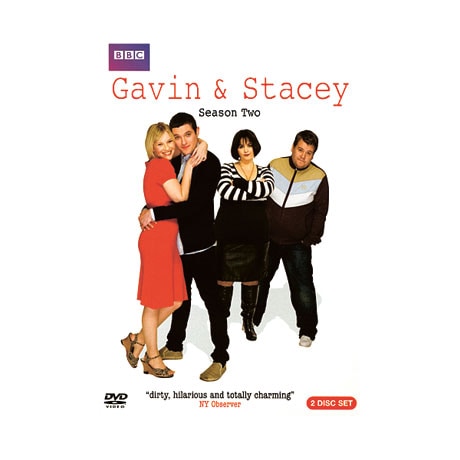 (Winner of 2 BAFTA TV Awards/Best Comedy Performance (James Corden) and the Audience Award) In the second season of this comedy series, Gavin (Mathew Horne) and Stacey (Joanna Page) return from their honeymoon to find that all is not well back home. Smithy (James Corden) is miffed at "losing" his best friend, and Nessa (Ruth Jones) is about to drop a bombshell that will reverberate all the way from Barry Island to Billericay. The recipient of four British Comedy Awards, two BAFTAs, and a South Bank Award, this keenly observed 2007–10 comedy series follows the trials and tribulations of two young lovers as they embark on a whirlwind romance that brings their nations (England and Wales) and unusual families crashing together.