The Imperial War Museum Book of 1914: The Men Who Went to War 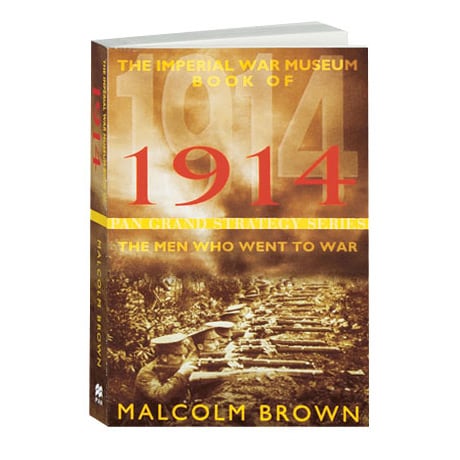 The Imperial War Museum Book of 1914: The Men Who Went to War

When England's summer of 1914 was shattered by an assassination in the Balkans, thousands of British boys signed up to fight for His Majesty in Europe, in a war they all expected would be glorious and brief. Within the first few months of the conflict, however—after grim and gory battles, villages incinerated whole, and wave after wave of shattered refugees—it became clear that this was going to be unlike anything they could have imagined. Using new letters and diaries from the archives of the Imperial War Museum, Malcolm Brown re-creates this pivotal year through the moving experiences of men and women who felt the effects of war first-hand, and how it changed the boys who fought it.