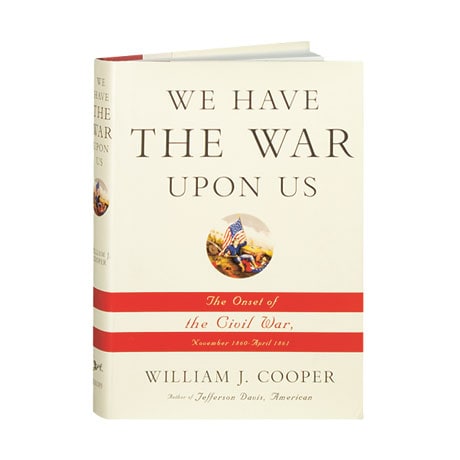 Examining the most perilous political crisis that our country has ever faced, southern political historian William Cooper gives us a fresh perspective on the period between Abraham Lincoln's election in November 1860 and the firing on Fort Sumter in April 1861, during which all efforts to avoid or impede secession and prevent civil war failed. Along with those in the South who clamored for independence and those in the North unconcerned with disunion, Cooper vividly traces ongoing developments from the viewpoints of Southerners and Northerners, whether pro- or anti-slavery, who were desperate for compromise, and how that great American political tradition failed.

"Written from the perspectives of Americans who experienced the efforts to forestall disunion and war during the five months between November 1860 and April 1861 and could not know the full consequences of their actions, this book captures the drama and tensions of those perilous times. Especially noteworthy is Cooper's treatment of William H. Seward, whose struggles to patch together a compromise form the main thread running through this important book."—James M. McPherson