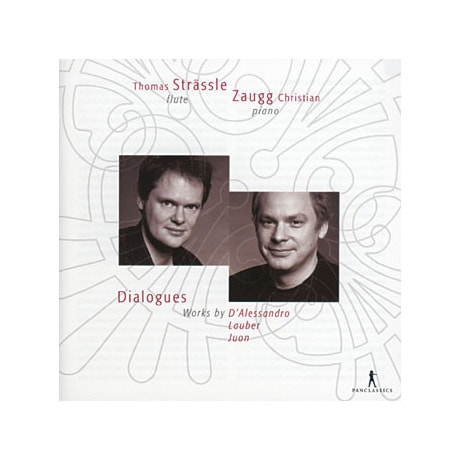 A pupil of Nadia Boulanger in Paris, Raffaele D'Alessandro (1911–1959) returned to his native Switzerland upon the outbreak of World War II. This disc of works for piano and flute features D'Alessandro's introspective Sonata, op. 46/1, and Four Brief Pieces, op. 42—compositions which hint at such French influences as Debussy and Ravel. Joseph Lauber's (1864–1952) neo-classical Sonata in One Part, op. 50, is a musical kaleidoscope whose constantly changing moods showcase Thomas Strässle's range as a flutist. Once dubbed "the Russian Brahms," Paul Juon (1872–1940) is represented by his 1923 Sonata, op. 78, a vigorous late Romantic piece with atypical time signatures and a highly entertaining final movement.

"The duo play … with a subtle musicality and a finely tuned balance, which merges the two instruments and leads to a rich spectrum of sound."—Swissdisc