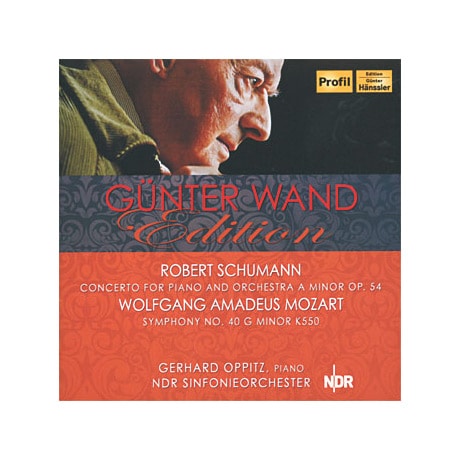 After years of revisions, Robert Schumann's Piano Concerto in A Minor premiered in 1846 with his wife Clara as soloist. Despite the composer's claim that the completed work was "something between a symphony, a concerto and a large sonata," there's no mistaking its subsequent status as one of the quintessential concertos. A protégé of Wilhelm Kempff and winner of the Arthur Rubinstein Competition, pianist Gerhard Oppitz takes a refined, Chopin-esque approach in this 1983 recording. Schumann praised the "Grecian lightness and grace" of Mozart's penultimate symphony (No. 40 in G Minor), and as heard here under the direction of Günter Wand, it's easy to see why.