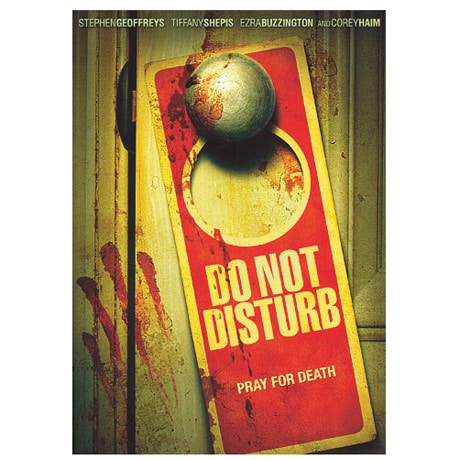 After his fiancée is brutally murdered, Don Malek seeks revenge in this 2013 recut and renamed version of 2010's New Terminal Hotel. Stephen Geoffreys (of Fright Night fame) plays Malek, a Hollywood screenwriter who had a hit a while back but lately has run smack up against writer's block. Now he's holed up in a seedy hotel being nagged by his agent (Tiffany Shepis). The late Corey Haim has a cameo as a washed-up English rock star.

"Don's agent Ava Collins clamps down like a vice trying to squeeze a new script out of her client. What Ava soon discovers, however, is that Don has traded his pen for a scalpel, and a loose screw has necessitated a career change to murderer. But maybe that is something she can use to her advantage in the dog-eat-dog world of Hollyweird."—DVD Verdict

"It's all down to Ezra Buzzington to steal the show as Malek's crippled and equally shirtless neighbour Spitz, an even more boozy and bad-tempered version of Lieutenant Dan from 'Forrest Gump' (1994). Easily one of the most prolific and successful character actors around."—Dr Blood's Video Vault