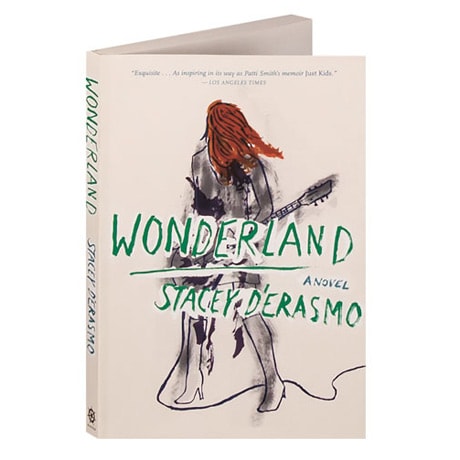 Rock star Anna Brundage is the irresistible narrator in this novel from the author of the New York Times Notable Book Tea and the San Francisco Chronicle Best Book of the Year and Lambda Literary Award winner A Seahorse Year. Tall and sexy, with a powerhouse voice and an unforgettable mane of red hair, Anna came out of nowhere and became an immediate indie sensation. And then, she was unraveled by the vicissitudes of a life in art. Anna went down as fast as she went up, and then walked off the scene for seven years. Finally, she sells a work of her renowned father's revolutionary art to finance one more album and a European comeback tour. Stacey D'Erasmo actually toured with the band Scissor Sister, and Anna's voice resonates with the miles and years she has spent with her tour bus, dropping down like a bubble into any given city and then taking the stage, trying to connect with a new, unpredictable audience every night while seeking a version of her true self that she might recognize.

"There's a lot in this book that those of us who've lived the music life will recognize: the eroticized grind of life on the road; the hothouse environment of the recording studio; the weird state of in-between that defines provisional rock and roll fame. But what's best about Wonderland is its portrait of a creative spirit. When Anna Brundage is in the zone, she pulls songs from the air; she showers her fans and collaborators in pain and beauty. Wonderland's insight into how a woman inhabits, feeds, and sometimes undoes her own artistry is rare and profound."—Ann Powers

"Stacey D'Erasmo has found a new sound here: a voice so gorgeous and raw that it captures what it means to be human. D'Erasmo's prose is lyrical and alive—this is a vital, powerful novel—and Wonderland will strike a chord with anyone who's ever dreamed of getting a second chance."—Elliott Holt

"D'Erasmo avoids clichés in this rhapsodic portrait of a rock-and-roll diva like a champion slalom skier racing downhill without touching a single pole. As she has in her three previous novels, D'Erasmo perceptively aligns insights into the emotional tangles of family relationships with an imaginative and gleaning inquiry into the nature of creativity and how making art coheres and disrupts everyday life. The daughter of artists, Anna stoically navigated an itinerant, bohemian childhood, which she revisits in long, vivid ruminations during her exhausting and exciting European tours, with stops in Rome, Hamburg, a festival in Latvia, a French chateau, and a hippie enclave on a Copenhagen island. She often replays time spent with her famous father, her polestar, who is revered for 'reinventing sculpture' by cutting a train in half. Anna, too, has a proclivity for demolition, which she channels into her burrowing, pummeling, and explosive music.... D'Erasmo brings us inside the music and the musician's psyche in this transfixing song of a self evolving through discovery, loss, and renewal."—Booklist (starred review)