War of the Rebellion: Official Records of the Union and Confederate Armies: Series I. Vol. 11. Part III Correspondence. Etc. Serial No. 14. 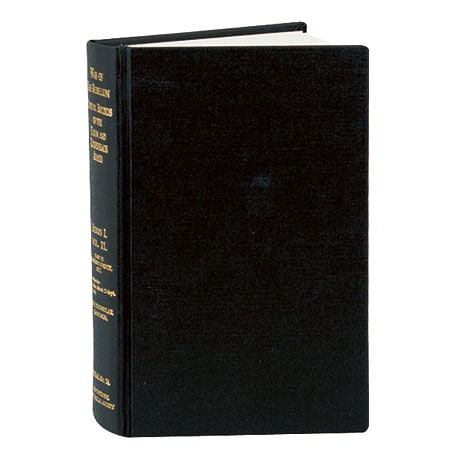 War of the Rebellion: Official Records of the Union and Confederate Armies: Series I. Vol. 11. Part III Correspondence. Etc. Serial No. 14.

The third part of Volume XI, this book reproduces military correspondence during the Peninsular Campaign of the spring and summer of 1862, the first Union offensive of the Civil War, from March 17 to September 2. Under command of George B. McClellan, the Army of the Potomac came close to capturing Richmond, until Robert E. Lee took command of the Confederate Army of Northern Virginia. Colloquially known as "The Official Records of the War of the Rebellion," or often simply the Official Records or ORs, the full 129-volume series is an unparalleled work of collaborative national history and a primary resource for all Civil War histories. The U.S. government began collecting its own documents—military orders, reports, correspondence, and maps—before the war's end, and the Government Printing Office began issuing the series in the 1880s. This edition was originally issued by the National Historical Society press in 1971 and reprinted in 1985.