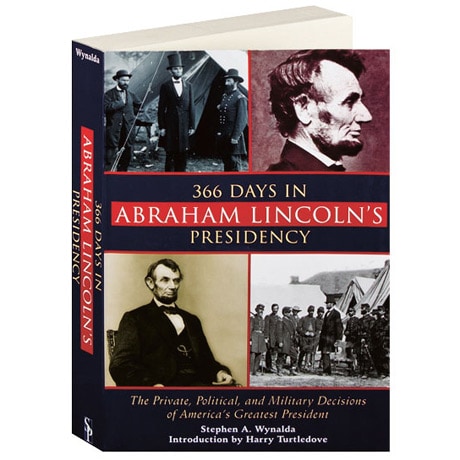 In an innovative format similar to a daily journal, journalist Stephen Wynalda presents this detailed, day-by-day record of Abraham Lincoln's decisions in office, including his signing of the Homestead Act on May 20, 1862, and of legislation enacting the first federal income tax on August 5, 1861, as well as more personal incidents, like the day his 11-year-old son Willie died. Among the nonconsecutive entries we see how Lincoln hated to hunt but loved to fire guns near the unfinished Washington monument, how he was the only president to own a patent, and how he recited Scottish poetry to relieve stress.

"Wynalda certainly enlivens the Lincoln persona. This pertains especially to incidents that don't always make the cut in biographies, such as those revealing Lincoln's temper. However, Wynalda is strongly drawn to Lincoln's merciful side, citing numerous dates on which Lincoln granted reprieves to condemned men, though he conscientiously includes cases a sterner Lincoln let proceed to the gallows.... Showing Lincoln's attitudes and responses to the course of events, Wynalda's vignettes accessibly introduce the Civil War's key historical character."—Booklist