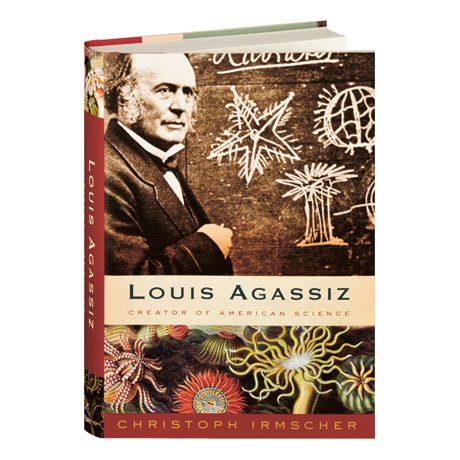 During an 1846 lecture tour in Boston, Swiss biologist Louis Agassiz decided to stay, eventually becoming the best-known American scientist of his era. Renowned for his pioneering studies of the ice age and his considerable skills as an educator, Agassiz's reputation would later be tarnished by his racist ideas and his opposition to Darwin's theories of evolution. In this biography, Christoph Irmscher reappraises this polarizing figure, focusing on Agassiz's actual accomplishments as well as his relationship with his scientist wife, Elizabeth Cary Agassiz, first president of Radcliffe College.

"Irmscher makes a convincing case that this egotistical, often wrongheaded figure deserves his reputation as a founder and first great popularizer of American science."—Kirkus Reviews (UK)

"Christoph Irmscher's elegant, beautifully written account does the essential task of setting the mysterious Agassiz in his full social and historical context, where we can both appreciate his gifts and see his flaws clearly. His portrayal of Elizabeth Agassiz and her contributions is brilliant, and his exploration of Agassiz's stagnation, as the world turned without him, is both rigorous and poignant. Through the prism of Agassiz's life, much of 19th-century culture gleams freshly."—Andrea Barrett