The Garments of Court and Palace: Machiavelli and the World That He Made 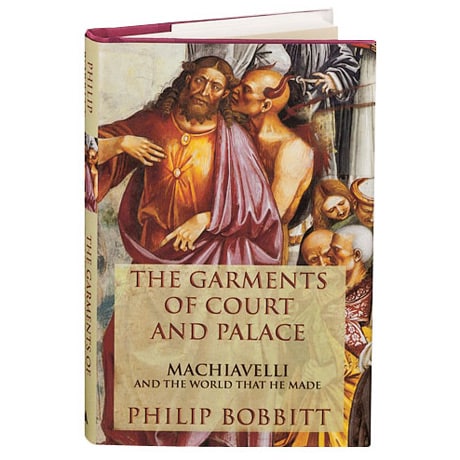 The Garments of Court and Palace: Machiavelli and the World That He Made

Written by Florentine public servant and political theorist Niccolò Machiavelli in the early 16th century, The Prince is considered one of the most influential books on politics and power in the modern era. And yet, argues international strategist and constitutional law scholar Philip Bobbitt, this esteemed work is widely misunderstood and taken out of context. Also the author of The Shield of Achilles, and Terror and Consent, Bobbitt describes The Prince as one half of a masterpiece that, along with Machiavelli's overlooked Discourses on Livy, prophesies the end of the feudal era and describes the birth of the neoclassical.

"Bobbitt's central thesis about The Prince seems to me to embody a valuable corrective. He is right to stress that, not only in the famous letter to Vettori but in several subsequent references, Machiavelli speaks of his book not as The Prince but as a work on principalities. It is also true that the first half of The Prince is largely given over to a taxonomy of different kinds of state and how they can be acquired, whether by inheritance, donation, election, or conquest. Most important, Bobbitt is right to emphasize what he describes as Machiavelli's reification of the state as an entity with its own reality that is not to be identified with the personal power of the prince. This development seems especially worth emphasizing in view of the fact that the term 'state' is so often used nowadays as little more than a synonym for government. Bobbitt has already stressed in The Shield of Achilles how much is lost if we refuse to conceptualize the state as a distinct apparatus of power, and he now points to Machiavelli as the originator of this line of thought."—NYReview of Books

"Riddles for centuries, the beginning and ending of Machiavelli's The Prince have finally found a plausible explanation. Bobbitt finds that explanation in Machiavelli's abiding desire, expressed in his Discourses on Livy, to see feudal regimes replaced by modern, constitutionally ordered states. This desire accounts for Machiavelli's otherwise baffling decision to dedicate The Prince to Cesare Borgia, a deeply flawed ruler, albeit one commanding the resources needed to found a modern constitutional state. Machiavelli's desire for fundamental political change also, in Bobbitt's view, accounts for the strange conclusion of The Prince, where the author uncharacteristically pleads for the expulsion of foreign armies from Italy, in which he wanted a model new state to emerge. Bobbitt also takes Machiavelli's commitment to creating political reform as the key to understanding The Prince not, as is commonly supposed, as a mirror book advising individual rulers on conduct but, rather, as an outline of modern constitutional principles that may entail political duties that violate personal morality. A provocative yet plausible foray into oft-contested terrain."—Booklist