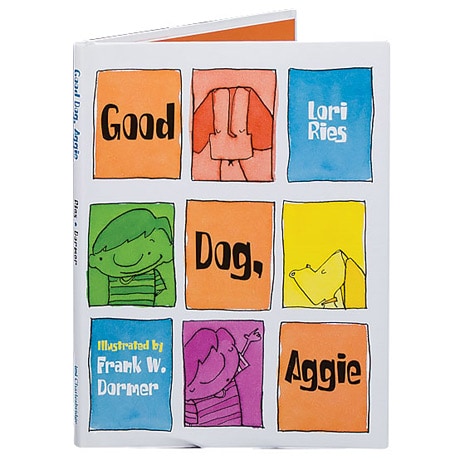 The boy and his dog are back in this sequel to Aggie and Ben, and Ben decides that his troublesome pup needs to learn how to sit and stay. But after Aggie is kicked out of obedience school for causing a ruckus with the other dogs, Ben realizes he will have to train her himself. This is the second in a charming series of early chapter books for pet lovers 5 to 7, about a boy who learns how to care for and understand his young dog. The short chapters by Lori Ries are full of situations and feelings that any dog owner will recognize, while Frank Dormer's cartoon art captures the growing bond between Ben and his four-legged best friend Aggie.

"This early chapter book about a disobedient dog has plenty of humor and charm. Ben experiences a ton of trouble with his feisty friend, Aggie.... After the canine is dismissed from obedience school, the boy embarks on a training program of his own, determined to teach his pet to sit and stay. But Aggie chases a squirrel and a cat, and she goes wild in a hat store when she interprets her own image in a three-way mirror as three other dogs. Blind Mr. Thomas understands Aggie and advises patience. The quirky cartoon illustrations are delightful."—School Library Journal