The Red Pole of Macau: An Ava Lee Novel 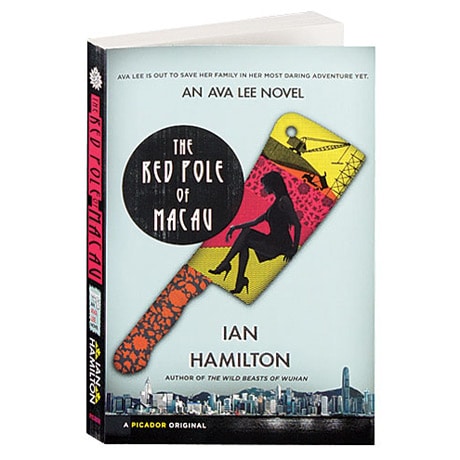 The Red Pole of Macau: An Ava Lee Novel

In this fourth Ava Lee investigation, following the Lambda Award finalist The Wild Beasts of Wuhan, the Chinese-Canadian forensic accountant is called upon to defend her family. Ava's half-brother Michael is desperate to pull out of a multi-million-dollar real estate deal in the territory of Macau. The developers—Hong Kong gangsters, as it turns out—are threatening to halt construction unless Michael and his business partner Simon To put up another $80 million. The bank is looking for repayment on their loan, and Ava's father is prepared to sell everything to protect his first-born son.

"When her half-brother asks for help, family takes priority for Toronto forensic accountant Ava Lee, whose business is finding money that has strayed. A bad investment of millions of dollars by Hong Kong businessman Michael Lee, Ava's half-brother and his partner, Simon To, in a Macau shopping center reputedly being developed by Kao Lok—an enforcer, or red pole, in the Triad—threatens the financial security of the entire family of Marcus Lee, with his three wives and eight children. With the development substantially delayed, Lok refuses to repay the investment, instead demanding more money. When Lok and his henchman kidnap Simon, problem-solver Ava has to act, calling on her elderly Hong Kong partner, Uncle Chow, a former Triad leader who lacks his former power, and reluctantly enlisting the help of former client May Ling Wong. But even personal contacts and ready cash can't eliminate all the snags in Ava's bold and dangerous plan. Asian locales and action increasing to a deadly climax add to the appeal of this fourth in Hamilton's surefire series."—Booklist