Love and Longing: A Collection of Classic Poetry and Prose 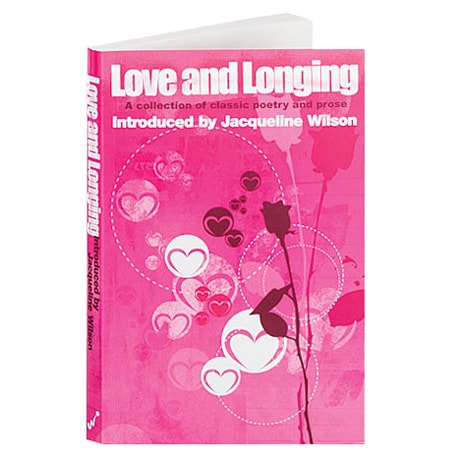 Love and Longing: A Collection of Classic Poetry and Prose

From pieces by Shakespeare, Lord Tennyson, and Emily Brontë to the less familiar poetry of Charlotte Mew and Aphra Behn, from excerpts of Thomas Malory's epic Le Morte d'Arthur to the minutely personal words of John Keats's letters, this collection offers classic poetry and prose based on the enduring themes of love and romance, assembled by British Book Award winner Kate Agnew and introduced by former Children's Laureate Jacqueline Wilson.

"This heady collection features love poems and prose excerpts by writers including Sappho, Shakespeare, Milton, the Brontës, and Wordsworth. Works are loosely arranged according to chapter headings drawn from particular poems, for instance Love Is a Sickness (after Samuel Daniel's poem), creating an engaging interchange of images and ideas, regardless of poet or era. As the title suggests, not every poem ends with a happily ever after; a Charlotte Mew poem reads, 'I so liked Spring last year / Because you were here... / This year's a different thing,—/ I'll not think of you.'... A resonant sampling of both standards and lesser-known gems."—Publishers Weekly