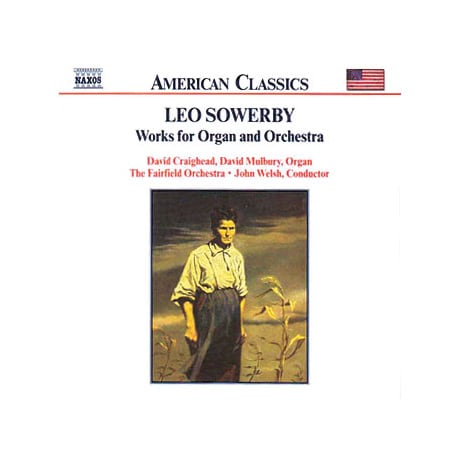 Before his 19th birthday, Leo Sowerby's (1895–1968) catalog numbered more than'0 works, including a Violin Concerto premiered by the Chicago Symphony. Four years later, the same orchestra gave an entire Sowerby concert. At age 26, he was asked to be the first recipient of the American Rome Prize, a residency at the American Academy there. Written for E. Power Biggs, Sowerby's Festival Musick and Classic Concerto both reflect his love for the organ, his chosen instrument. The inspiration for Medieval Poem (a rhapsodically free set of variations on an original chorale theme) was a text from the ancient Liturgy of St. James, "Let All Mortal Flesh Keep Silence." In the 1926 program notes, Sowerby wrote that he "endeavored to interpret the atmosphere of mystery which pervade the poem by translating into tone something of the vision of the heavenly pageant which St. James or any devout soul might have imagined." The excellent notes to this invigorating collection are by Ronald Huntington, editor of The Complete Works of Leo Sowerby.