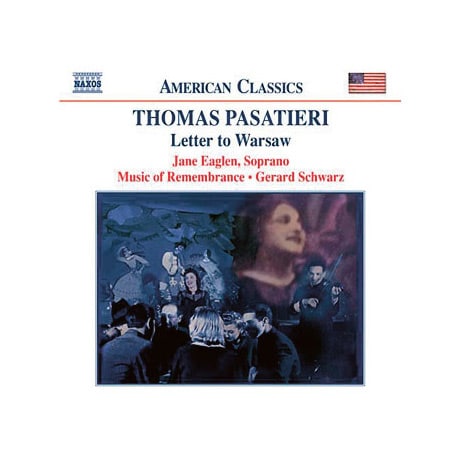 This tonal, late-Romantic work by American composer Thomas Pasatieri was commissioned in 2003 for soprano Jane Eaglen and conductor Gerard Schwarz by the Seattle-based group Music of Remembrance. (His previous Fragments of Isabella was inspired by the memoirs of Auschwitz survivor Isabella Leitner.) Here, Pasatieri's texts are the writings of Polish poet/cabaret performer Pola Braun (c. 1910–43), who was interned first in the Warsaw ghetto and then in the concentration camp Majdanek, where she died in a mass execution. The enclosed booklet contains the lyrics as well as background information on Braun and Pasatieri's tribute to her.

"Pasatieri's musical idiom is readily accessible—decidedly direct and tonal…. Substantial orchestral interludes connect the six poems. One allegro passage has the kinetic grotesquerie of a Shostakovich scherzo movement, and the slow movements, which are contemplative and even desolate, are impressive in their understatement. An extended lyrical section evokes the best of Poulenc's melancholy, old-world style."—Opera News